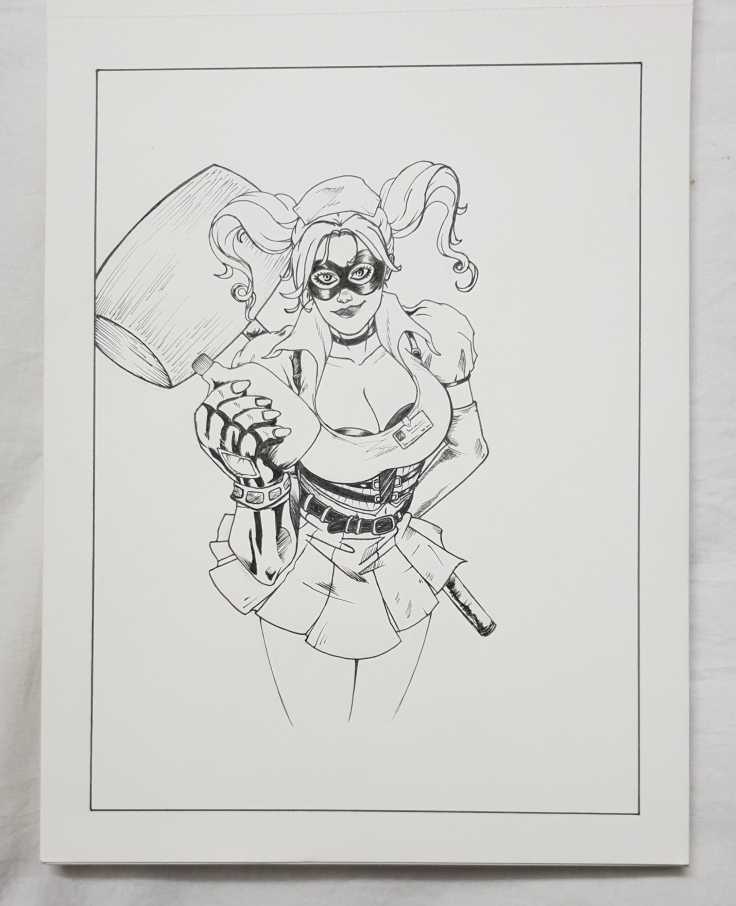 I had difficulties figuring out a character for the prompt of Bottle. I had to improvise and make modifications to the character’s pose. I got to play around a bit and I am kinda satisfied with the outcome.

I had planned to make Harley as a part of prompt ‘Double’, but I had to put her here. Probably I will find someone else for that prompt. Anyways, will worry about it when the time comes.

I still am a bit lagging on the challenge but one thing that gave me consolation was that Jake Parker, the one who has started this Inktober challenge, is also behind on his sketches. He just posted a sketch for Bottle a few minutes before I completed this one.

It makes me feel a bit lighter, that even the person who is running the challenge, is lagging behind, but is still posting the sketches chronologically as and when he is making ’em. Takes some pressure off me for sure.